Specialising in non-ferrous metal and glass working, and continues to lecture and research on various aspects of Roman and medieval metalworking.

Justine has been a member of HMS Council since the early 1980s, serving as Treasurer from 1986 to 1991 and as Joint Editor since 1990. For many years she was also a member (later chairman) of the Archaeology Committee. She led the Technology Team at the Ancient Monuments Laboratory, which became part of English Heritage/Historic England, specialising in non-ferrous metal and glass working, and ran many ‘slag days’ that offered field archaeologists hands-on training in identifying metalworking debris. She is now an Honorary Senior Research Associate at the Institute of Archaeology, UCL and continues to lecture and research on various aspects of Roman and medieval metalworking. 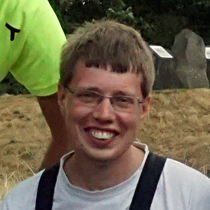 Dr David Bourgait (University Paris10, France)
An archaeometallurgist at C2RMF in Paris and member of Préhistoire et Technologie, UMR 7055, CNRS-University Paris10. He has a wide experience of many metals and periods, but is specialised in copper metallurgy, mainly European.

Duncan Hook CChem (British Museum, UK)
Archaeometallurgist/analyst in the Department of Scientific Research at the British Museum. Works mainly with non-ferrous metals of all periods and from all parts of the world. He has jointly edited many conference proceedings.

Dr Jianjun Mei (University of Cambridge, UK)
Director of the Needham Research Institute, Cambridge and Fellow of Churchill College, University of Cambridge. His research interests include the origins and role of bronze metallurgy in early China, and cultural and technological interactions between China and the West.

Susan La Niece (Formerly British Museum, UK)
Archaeometallurgist in the Department of Scientific Research at the British Museum. She works mainly with precious metals of all periods and from all parts of the world, with particular interest in colouring, plating and patination of metal. She has jointly edited many conference proceedings and also the journal Jewellery Studies.

Dr Janet Lang CEng MIMMM, FSA (Formerly British Museum, UK)
Formerly archaeometallurgist in the Department of Scientific Research at the British Museum, with specialisms in ferrous metallography, silver and X-radiography. She has edited the ‘abstracts’ for Historical Metallurgy for many years.