The Historical Metallurgy Society aims to provide guidance and assistance to members and non-members alike. Below you will find further information about historical and archaeo-metallurgy. Most are resources we have written ourselves, however we also provide links to other resources available.

The HMS Archaeometallurgy Datasheets are aimed at archaeologists at all levels from project managers and curators to fieldworkers. These datasheets are intended to provide brief introductions to particular processes or topics, with the emphasis on the types of structural evidence, artefacts and residues likely to be encountered on excavations, with a short bibliography of useful publications.

The datasheets are grouped into three areas:

The datasheets were originally devised and produced in the 1990s; since the mid-2000s the Archaeology Committee has been in the process of updating and enlarging the series. Nearly thirty new and improved datasheets are planned and they will be uploaded as and when they become available. You can download both the new and old datasheets below.

101. The archaeology of metalworking sites

Evidence for past metalworking survives in the archaeological record in a number of different ways. Many of the larger metalworking sites survive as distinct landscape features due to the construction…
Read More
January 10, 2020 in HMS Datasheets

Geophysical techniques have become a standard tool in archaeological fieldwork. This datasheet addresses both the recognition of metallurgical features within general surveys and the design of surveys to meet metallurgical…
Read More
See full list of datasheets

A range of useful guidelines have been written by Historic England (was English Heritage), many written by or with the help of HMS members. These cover a range of historical and archaeological metallurgy topics, each image when clicked takes you to a brief summary with both download and web links.

The full range of Historic England guidelines can be found on their website. 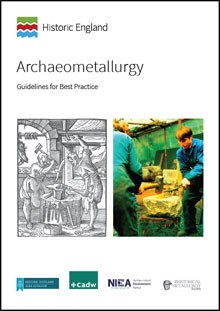 This guidance document provides an introduction to the ways that the archaeological evidence for metalworking is studied. Archaeometallurgical evidence can include whole landscapes, buildings, features, artefacts and waste materials (eg slag and crucibles).

Archaeometallurgy includes fieldwork investigations (survey and excavation) and the subsequent study of these data as well as any artefacts and residues recovered. Scientific approaches provide insights into the techniques used to produce different metals and how these were fabricated into artefacts.

The previous edition of this document was compiled in 2001 by Justine Bayley, David Dungworth and Sarah Paynter with the assistance of the Historical Metallurgy Society's Archaeology Committee, with contributions by Peter Crew, Vanessa Fell, Brian Gilmour, Gerry McDonnell, Cath Mortimer, Peter Northover, David Starley and Tim Young. This edition was revised in 2015 by David Dungworth. 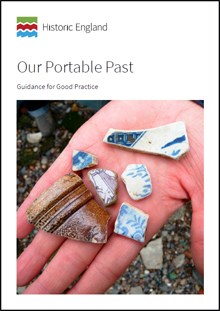 This edition updates codes of practice, legislation, the names of organisations, but removes references to the collections and museums of the English Heritage Trust. It also provides a new case study on metal detecting on battlefields.

This guidance is intended to aid archaeologists working on sites of historic industries. For the purpose of this guidance ‘industries’ are non-domestic manufacturing activities (but not the production of foodstuffs) and ‘historic’ covers the period from the early 17th century to the late 19th century. The advice demonstrates the additional information that can be obtained by applying scientific techniques. Some of the issues explored are particularly relevant to urban sites, but the principles have wider application. Despite the crucial contribution that scientific techniques can make to archaeology, their application to the post-medieval and later periods has been rare (Crossley 1998). This guidance describes some of the techniques that are commonly used and include examples of the ways in which they have been, or could be, applied to the archaeological remains of historic industries. 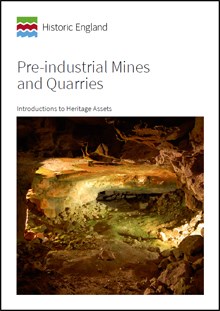 An introduction to pre-industrial mines and quarries. People have mined and quarried stone and minerals for many thousands of years for a wide range of uses from crafting tools to producing building stone. The earliest evidence for mining and quarrying occurs during the Early Neolithic period around 4000 BC at a time when many innovations were being introduced into the UK.

An introduction to pre-industrial ironworks. Making an iron object involved several stages; the term ‘ironworking’ covers all of these and an ‘ironworks’ was where these activities took place.

Ironworks generally required some form of shelter, and so are often found in association with post-holes, slots or other structural remains. Although there is great variation, archaeological remains of smithies are more likely to be sited within an associated settlement, whereas the locations of smelting furnaces were dictated largely by the availability of resources such as ore, fuel and water, and so they can be found in apparent isolation. 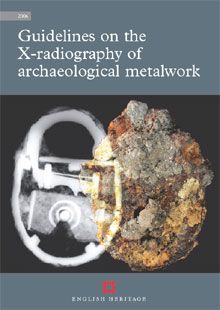 Guidelines on the X-radiography of archaeological metalwork

This guidance provides recommendations on the minimum requirements for X-raying metal finds from archaeological projects. It is aimed both at those who commission, manage or monitor post-excavation projects that involve the recording and analysis of metalwork; and, to those who produce and use X-radiographs in the course of their work.

This guide is in the process of being updated, and will be replaced as soon as the new version is out 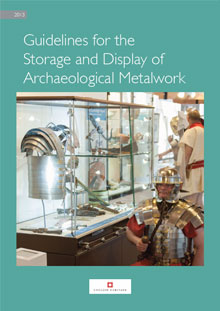 Storage and display of metalwork 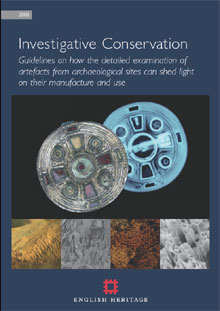 Institute of Materials, Minerals and Mining

The Historical Metallurgy Society offers a glossary of useful words related to the subject. More terms can be added to the glossary as necessary, so please email the HMS web team to enquire.

The History of Metallurgy Across the World

Here we have our map with places of interest. We will be adding information about sites, collections or research projects across the UK and further afield. If you would like to contribute please contact the HMS web team.