Our Collections and Archives

The Historical Metallurgy Society provides a forum for the exchange of information and research in historical metallurgy. It aims to gain recognition for the subject from the community at large and to be consulted when issues of preservation and recording arise. The Historical Metallurgy Society curates two main collections, the Tylecote collection (which it owns) and the National Slag Collection (which is the property of the Ironbridge Gorge Museum Trust.)

The HMS Library consists of books, pamphlets and leaflets that have been donated to the Society. Many of the books concern the history of metallurgy and include out of print and rare titles. A number of textbooks on metallurgy are also held. It is stored in the Ironbridge Gorge Museum Trust library and can be consulted by prior arrangement with their librarian.

A catalogue of the books in the HMS Library is available to download here. 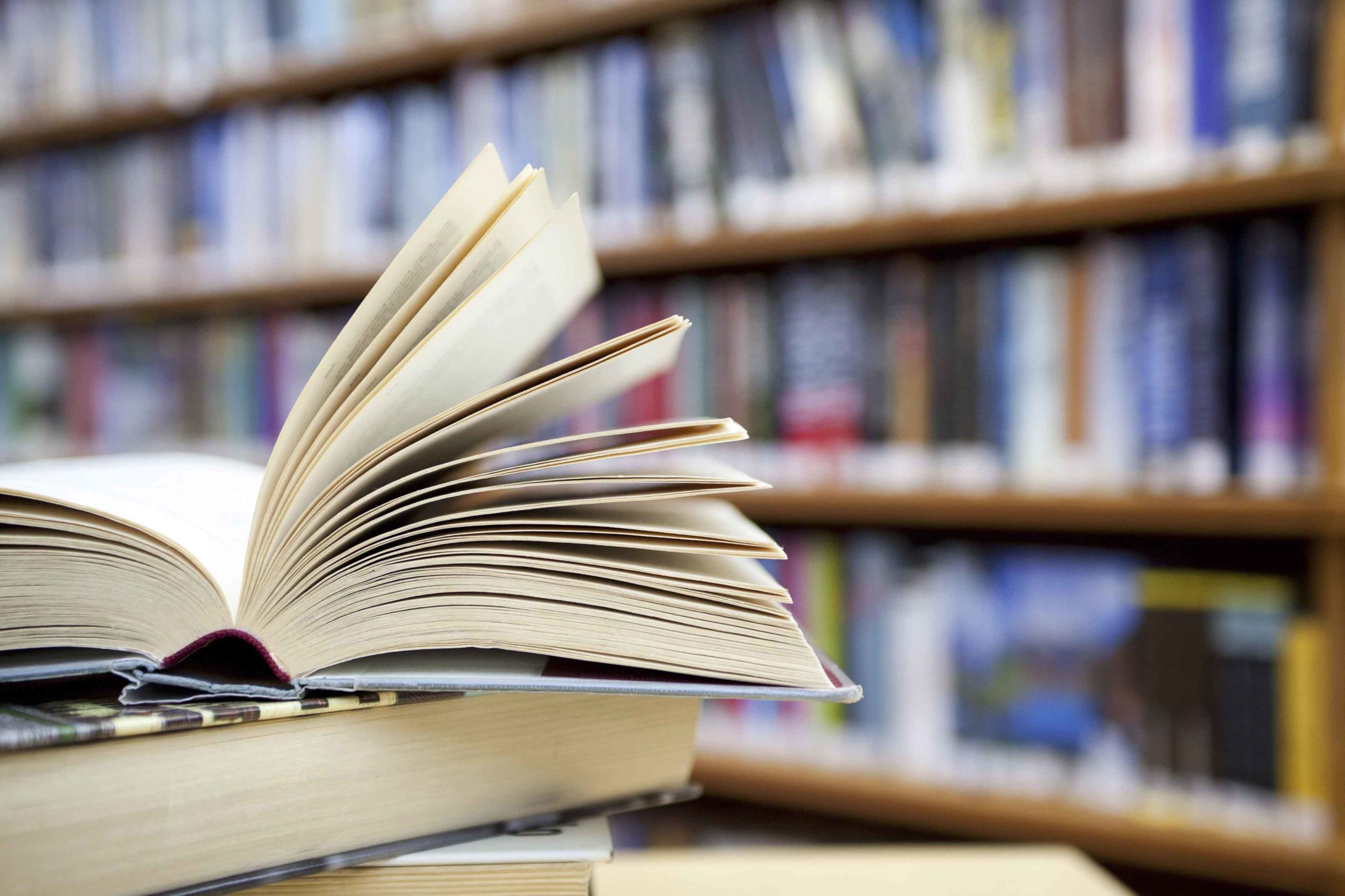 The first relates to its own activities as well as other historical documents. This includes the papers of Charles Blick who served as HMS Conservation Officer from 1970-1991. The Society received a grant from the Awards for All England Joint Pot programme to catalogue these papers. A catalogue of the papers deposited up to 2005 can be downloaded here.

The second group is the Tylecote papers which comprise a substantial body of notes, photographs and other written material amassed by Ronnie Tylecote and donated to the Society. A list of these papers is available to download here.

These archives are stored in the library of the Ironbridge Gorge Museum Trust (IGMT) and can be consulted by prior arrangement with their Librarian.

The Tylecote Slag Collection was donated to the society by the late Ronnie Tylecote. It is stored at Ironbridge.

The Tylecote collection of metallographic mounts is now the property of HMS. It is subject to a Memorandum of Agreement between HMS and the Research Laboratory for Archaeology and the History of Art (RLAHA) at Oxford University who are housing and managing it for HMS.

The collection has samples and metallographic mounts plus scans of Tylecote’s original notebooks. It can be fully searched using our ‘Databases and other resources’ below or accessed by contacting the Chair of the Archives & Collections Committee at  accchair@historicalmetallurgy.org .

The National Slag Collection is a resource primarily of interest to those engaged in researching early metallurgy through physical remains. It is the property of Ironbridge Gorge Museum Trust (IGMT) and its management is subject to a Memorandum of Agreement between the Trust and the Historical Metallurgy Society.

The catalogue provides a fully illustrated listing of the material in the collection. It also contains background information about the collection, a guide to how to use the catalogue, and instructions on how to access the collection. This document was prepared by David Dungworth with the assistance of other HMS members in 2009.

The National Slag Collection originated from the private collections of several members of the Historical Metallurgy Society, such as Reg Morton and Michael Davies-Shiel.  Substantial quantities of material were also deposited in the late 1970s and early 1980s at the invitation of Stuart Smith by Leo Biek of the Ancient Monuments Laboratory, part of the Department of the Environment’s DAMHB (Directorate of Ancient Monuments and Historic Buildings), before deposition of complete excavation archives became the norm. The collection contains material from archaeological excavations as well as more casual surface finds.

The Collection includes numerous samples from sites in the West Midlands and the North West. The early stages of the development of iron manufacture is well represented by bloom smelting slags and these are complemented by a range of blacksmithing slags. The post-medieval blast-furnace slags in the Collection are one of its most valuable assets. Blast-furnace slags have been collected from fifty-eight different sites including those using charcoal and those using coke. The coke-fired blast furnaces represented in the National Slag Collection include early examples, as well as later ones where heat was recovered and used to pre-heat the blast. The secondary iron producing processes associated with the blast furnace, i.e. finery, chafery, puddling and founding, are represented in the collection although some of these slags are unprovenanced.

The National Slag Collection can be fully searched using our ‘Databases and other resources’ below. To apply for access or to sample the collection please fill in this form and send to the ACC chair. The procedure and assessment criteria for receiving new acquisitions into the NSC can be found here.

HMS Databases and other resources

Following the link below you are taken to the HMS Database and other resources page. This page comprises two parts.

The first is a set of datasets that may be used as a single resource and searched together or separately, either using predefined search-terms or with a user defined Boolean search. In the first instance these datasets include the Tylecote, Coughlan and Morton Collections, the National Slag Collection and the slag collection housed by Sussex Archaeological Society. We expect that other datasets, including photomicrograph and electronmicrograph libraries, will be added soon.

The second is a catalogue of other resources, both on-line and museum-based that can be searched by user-defined key-words. A new version of this database is here (or use http://hmsgoto.org/)

HMS Database and other resources

The Archives and Collections Committee (ACC) run open study/work days at the Ironbridge Gorge Museum on a regular basis.

The study/work day is based on two topics: care of the archive collection, particularly the Ronnie Tylecote photographic archive and care of the slag collection. After brief introductions the day will mainly consist of workshops with ‘hands on’ work. This can either be in the archive sorting photographs and assisting with safe storage of the images, or in the warehouse sorting, identifying, re-boxing and cataloguing the Tylecote Slag Collection.  It is usual to split ones time between the two activities.

Review of a typical study day

Having enlisted as a volunteer with the Ironbridge Gorge Museum to be involved with industrial archeology projects in the Gorge, I was forwarded the notice for the Historical Metallurgy Society Archives and Slag Collections open day. As a conservator specialising in metals, I have known about HMS for many years, but the open day, held almost on my doorstep, sounded intriguing, too good to miss, and provided the spur to join at last.

The day started with a welcome and brief introduction to the archives from Louise Bacon to the small group of us attending the open day, some like myself, new to the Society's activities and others who were established HMS activists. Louise gave us a description of the archive and its care.

David Dungworth followed with a description of the slag collections and for those of us new to the HMS, it was fascinating to learn from the two speakers, how much has been achieved in such a relatively short time, and it was pleasing to learn that there is such a close collaboration between the Society and the Ironbridge Institute.

Despite the two introductions, I still did not quite know what to expect when we were about to start the hands on workshop sessions. It soon became apparent though! I started with the paper and photographs group and a daunting quantity of partially archived material, mostly photographs, with some notes and a few reports that comprise the Tylecote archive. The earlier archiving had assembled the material into logical associations, but it needed our second sweep to refine it into directly related material, and for me at least, there was lots of 'ah, yes, this photo of a hole in the ground with a bit of a lintel is the same as one I saw earlier but from a different position - now where did I put that?' Very quickly we started working as a team, cross checking with each other, and the personal recollections of the 'old hands' were invaluable, often making sense of indecipherable images. Gradually things started to fall into place, and even link up with objects the slag collection group were finding.

After a break for lunch, a visit to the Museum of Iron and a walk around the old foundry site with Shane Kelleher of the Institute, who gave us an insight into the objects on display, the history and archeology of the site, most of us swapped activities and I went into the chilly stores to pick though boxes of slags, ores and a few bits of actual metal.

The Tylecote Collection was kept in an ad hoc selection of boxes in the Institute's stores. In the boxes were plastic bags of samples, labelled in various ways and our task was to catalogue them. The samples were re-bagged in numbered bags which corresponded with new archival boxes and the information was entered up by David Dungworth on a database as we progressed. Deciphering some of the labels in, shall we say 'distinctive' handwriting on damaged labels was a challenge, but again, the 'old hands' were often able to come to the rescue, recognising a vital clue and recalling a past expedition.

I thoroughly enjoyed the day, it was informative, fascinating, friendly, there is much more to do, but there was a sense of making a useful contribution and a job well done. I was a bit worried about how I'd tell my friends at 'The Golden Ball Debating and Philosophical Society' how I had spent my Saturday. Given the potential for puns on the main object of our attention, there aren't many ways that don't leave you open to ribaldry, but, to their credit, they didn't sink to the occasion and were genuinely interested - a bit mystified, maybe, but interested.

Review written by Andrew Naylor for The Crucible 83