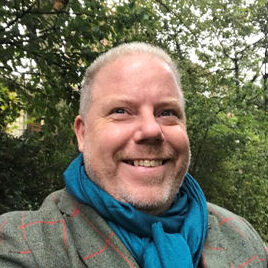 I am a professional conservator and trained jeweller, having arrived at this after a chequered career path involving catering, retail jewellery and jewellery making as a Goldsmith. I eventually happened upon a Masters’ Degree course from the University of Sussex in conservation studies. I decided to embark upon this degree and eventually attained it, only narrowly missing out on a distinction as my result. Now after a hiatus of 5 years I have returned to research and am working towards my doctorate in conservation sciences. The subject of my current research is on how the molecule saponin, (part of the immune system of plants) works to clean and “de-tarnish” precious metals such as silver, gold and platinum, without having the degradation effects that we saw traditionally with acidified thiourea… and how this molecule might be manipulated to produce a conservation approved product for museums and domestic use.

Having studied, but not pursued law I along with my wife Rebecca often advise on areas of law that relate to cultural heritage, and in addition to this my conservation practice has encompassed a wide array of projects on wide and varied projects, spanning Roman and Anglo-Saxon stone-set jewellery, in both precious and copper alloy metals, to Napoleonic carriage guns. As a jeweller, I hand-make fine jewellery, selling pieces world-wide. I am a Fellow of the National Association of Jewellers, a member of the Guild of Jewellery Designers and the Society of British Jewellers.

In addition to my research work I am also a communication and public speaking coach, working with the Inns of Court to help nascent barristers to develop public speaking skills and communication ability not just in the court room, but outside it too. I have gained qualifications form both The New Zealand Speech Board, and from the London Academy of Music and Dramatic Arts (LAMDA), in both public speaking and debating. Having been a member I was also a past Club, and Area President of the Association of Speakers Clubs, and a finalist in the National Speech and Impromptu speaking competitions of the association. I have also been elected a fellow of the New Zealand Speech Board.