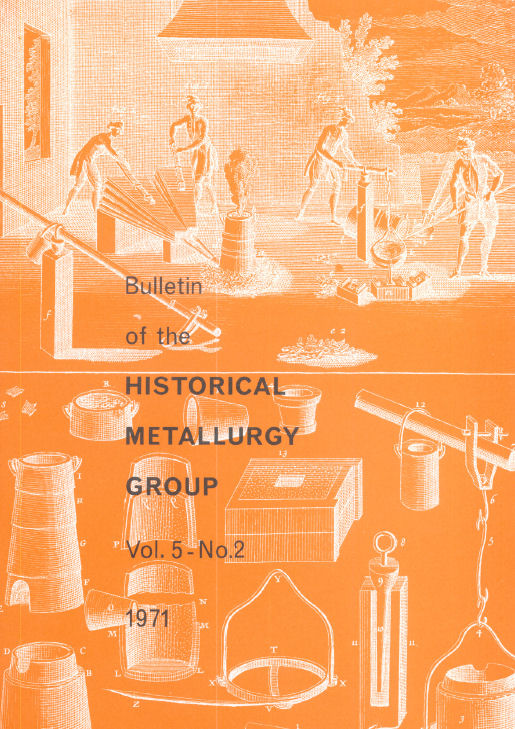 Digital copy of the

45 An account of the method of smelting lead ore as it is practised in the northern part of England. James Mulcaster
63 The early history of Wortley Forges. R.A. Mott
71 A metallurgical examination of a bronze sword found in the Thames at Battersea. H.H. Coghlan
74 Cyclical operations at Roman bloomeries. H.F. Cleere
76 A note on the dating of bloomeries in the upper basin of the eastern Rother. C. S. Cattell
77 Excavations at Holbeanwood 1971. H.F. Cleere