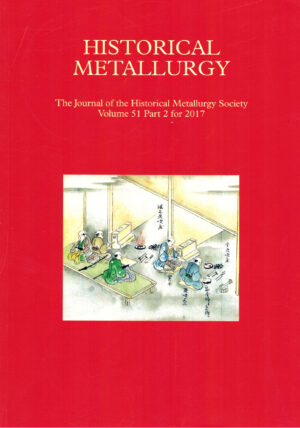 The metallurgy, development, and purpose of pattern-welding

Surface patterns resulting from welding together iron and/or steel pieces was probably recognised soon after bloomery smelting began, long before the technique was exploited for its decorative potential in the mid to late Iron Age. People have speculated on when, why and how the technique was developed, long before the term was formally adopted in 1948 to differentiate weld patterns from those that originate from the casting of steel. Before much metallographic research was done on relevant material, pattern-welding was generally assumed to have been an ancient technique that was used to improve the physical properties of the objects – only swords before about the 7th century AD – for which it was used. However research, particularly over the past 40 years, has increasingly shown that pattern-welding was primarily a decorative technique designed to demonstrate excellence in the exploitation and welding together of different iron alloys this being judged by their appearance.

The dome-shaped reverberatory cupellation furnace that is well-documented for SW China for the 19th century is surprisingly similar in shape and size to the silver separation furnace used in central Europe from the late medieval into the industrial period. At the same time, silver separation in East Asia was thought to have remained at the stage of small open hearths; these have been recorded for medieval China, mentioned in Korea in the 15th century and were common in Japan down to the late 19th century. The present research traces the evolution of the reverberatory furnace of southwest China backwards through time, outlining the transformation from a process that relied on strong ventilation and the absorption of lead oxide into the ash lining, towards a larger-scale process that employed a continuous draught created by high temperatures in the upper part of the chamber, slow oxidation, and removal of much of the lead by tapping it as liquid lead oxide.

There were specific physical and chemical reasons why early coke furnaces underperformed their charcoal competitors in both fuel usage and output, but they do not fully explain why Abraham Darby I’s furnace performed as poorly as earlier commentators or the company’s books of accounts have suggested. It is proposed that Darby’s potential output was twice as high as was actually achieved and his potential coke usage per ton of iron significantly less than has been reported. The difference was because Darby worked under new operational disadvantages in his foundry-orientated business, compared to a blast furnace producing pig iron for the forge. He had to spend longer getting his metal out of the furnace because he was filling foundry moulds, rather than casting large pigs, he frequently held his furnace hot whilst waiting for the furnace pool to fill up again and he was deliberately making a higher silicon-content iron

This paper describes the development of Russian steel production over some 50 years from the repeal of serfdom in 1861 up to the First World War. The paper explains that steel output, initially from established ironworks in the Ural region which were early process innovators, increased after 1861, and grew further during the 1870s and 1880s as investments were made in the north-western, central and southern regions of the Empire including present-day eastern Ukraine. Massive increases in production then followed in the 1890s following the emergence of the southern region as the major steel producer, and crude steel production overtook that of bar iron in about 1895. Furthermore, a significant proportion of steel production was from integrated works also engaged in iron smelting; and several of the works in the south, established through foreign investment, were far larger and more modern than many of their counterparts elsewhere in Russia.