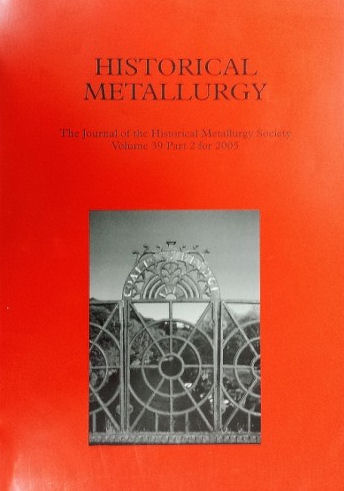 It has been widely accepted that the zinc composition limit in historic cementation brasses is approximately 30wt%. However, reports have been published of the ability to produce cementation brasses in excess of this limit (Welter 2003, Zwicker et al 1992). This work reproduces both traditional cementation brass production methods and the high-zinc production technique reported by Zwicker et al to explore the true limit of zinc content and how this relates to historic brass compositions. Metallography and advanced scanning electron X-ray composition mapping showed that it is possible to produce brasses with over40wt% zinc by cementation. However, to achieve these compositions the process must be performed in very small quantities and at very short furnace times, which is contrary to historical written accounts of the cementation brass production techniques. It is the opinion of the authors tliat while it is possible to produce a >40wt% brass via cementation, the commonly reported zinc content limit of~30wt% is valid for historic artefacts

A tale of two bridges: the Iron Bridge and Coalport Bridge, Shropshire

The Iron Bridge (SAM Salop 106), built in 1779, and Coalport Bridge (SAM Salop 341) built in timber in 1780, rebuilt in 1800 and again, in iron, in 1818, span the River Severn in the World Heritage Site of the Ironbridge Gorge. They were surveyedfrom 1999 to 2001 and 2001 to 2004 respectively. The Iron Bridge proved to be a palimpsest of minor and major repairs. The Coalport Bridge survey highlighted the apparent lack of alterations to the ironwork of 1818, whilst supporting the documentary evidence for the three major phases of construction in the bridge’s history. Despite this, both structures retained some similar major component parts albeit comprising individual methods of construction. Evidence from both bridge surveys pointed to advances in the understanding of bridge construction from the eighteenth to the nineteenth century.

A selection of glassy copper slags from Xinjiang, NW China were analysed by optical microscopy and SEM-EDXA. The results indicate that a very rich copper ore was smelted, probably pure copper sulphide with a gangue rich in feldspar and quartz- The slag is dominated by silica, lime and alumina, which together contribute 90—95wt%. The redox conditions are discussed, including the formation of metallic iron and iron phosphide within the copper metal, and the melting temperatures are estimated to be at least 1300°C, based on the bulk composition of the glass. The combination of redox conditions and high temperature indicates that the smelting would have taken place in a blast furnace, probably bellows-blown. A single radiocarbon date from charcoal trapped in the slag places the operation in the 18th century AD, well after the widespread adoption of blast furnaces in China. Despite the apparent large scale of the operation there are no historical records or local memories of such an operation.

The effects of plasma treatment on the microstructure of metals

Plasma treatment became an established method for the treatment of corroding metals, particularly iron, in the 1990s. There seemed to be a general assumption that the treatment had little significant effect on the microstructure of the metals and this has never been seriously challenged. Although under the less extreme conditions now adopted in some laboratories gross phase changes may not happen, more subtle changes are very likely to be taking place, as exemplified here by a series of test pieces of iron and silver metallographically examined before and after plasma treatment. These tests are described and some of the changes in structure that are likely to occur in metals in the temperature range 100-300°C are outlined. These changes are significant and are often the result of deliberate heat treatments during the original manufacture of the artefacts. Once they have been modified by subsequent heating much of the fabrication history will have been lost. Other structural changes occur over long periods of time and these are also vulnerable to quite modest heating, thereby compromising ftiture authentication examinations.